For many, the Children and Family Relationships Bill has become synonymous with the Same-Sex Couples Adoption Bill, but this narrow focus belies the biggest impact of the legislation - on the relationship of unmarried fathers with their children.

Currently, around 24,000 children are born every year with no legal relationship at all with their fathers. In contrast, in 2012, there were just 49 adoption orders in the entire State. Given these numbers, it is obvious that the group most affected by the legislation will be unmarried parents and their children. Despite this, there has been little focus on what the Bill actually means for these families.

It is a shocking indictment of our political system that this Bill marks the first big reform of guardianship laws since the 1960s, when just 3pc of births were to unmarried women. Today, that figure is one-third and growing every year. For that reason, the Bill is a welcome modernisation of the law to reflect the reality that not every child is born into a traditional marital family. Regrettably, it doesn't go far enough when it comes to unmarried fathers, who have long been treated as second-class citizens by a legal system that seems to view them as nothing more than cash-dispensing units with no interest in the upbringing or welfare of their children.

If you are an unmarried father, you may not fully comprehend just how few legal rights you have in respect of your child. You have, literally, none. While some seem to think that a name on a birth cert confers guardianship rights, it doesn't. It simply establishes the identity of the child.

So, what does this mean? It means that if your partner is away and your child falls ill, you cannot authorise medical treatment. It means that if your relationship breaks up and your partner decides to move abroad with your child, you are powerless to stop her. It also means that you have no automatic right to custody or access to your child. By law, the mother is entitled to sole custody of the child if the father has not been made a guardian. Imagine a worst-case scenario in which your partner dies and you are left alone to care for your child. You would have to mount a court battle just to be entitled to care for your own child.

Happily, the new law plans to change this appalling situation for some unmarried fathers. Those who have been cohabiting with their partner for 12 months, including at least three months following the birth of the child, will receive automatic guardianship rights. However, the big question is why Justice Minister Frances Fitzgerald opted for this rather complicated cohabitation test instead of just conferring automatic guardianship rights on all fathers upon the birth of their child?

This was a course of action that was recommended by the Law Reform Commission as far back as 1982, when it said that non-marital fathers should automatically become a joint guardian. That advice was ignored. The Law Reform Commission, in 2010, again recommended that automatic guardianship should be linked to compulsory joint registration of the birth of the child. It reached its decision having regard to two guiding principles: the best interests of the child and the notion that all parents should be treated equally, regardless of gender or marital status.

Regrettably, the Minister has jettisoned this advice and her new Bill still seems to presumptively view some unmarried fathers as feckless sperm donors with no interest in the lives of their children. There are many reasons why a couple may not want to cohabit or that a relationship may break down before the birth of a child. Why should these fathers be discriminated against?

Speaking on Newstalk last week, the Minister said she opted for the cohabitation test as a means of demonstrating "responsibility and day-to-day involvement". This is an extraordinary statement, implying that the only way to be show responsibility for your child is to live with its mother. She also said that those men not covered by the new Bill would be able to apply for a statutory declaration, which is a legal document signed in the presence of a peace commissioner conferring guardianship rights.

What she didn't say is that there is no central register for these documents, meaning that if it goes missing, or one parent decides to rip it up, there is no evidence that it ever existed and a man's guardianship rights are immediately extinguished.

I asked the Department if the Bill contained any provision to set up a register of these statutory declarations and it said no because it would have "significant resource implications and would have very limited value". This would be true if the Bill conferred guardianship rights on every father but it doesn't, so surely some record should exist somewhere of who exactly is acting as guardian for children - if not for the benefit of fathers, then as a means for the State to maintain a register of anyone with parental responsibility for a child.

There is no doubt that some fathers' behaviour strips them of any right to any say in the upbringing of their children but the law should not presume guilt instead of innocence.

Overall, the new Bill will have a hugely positive impact in the lives of tens of thousands of families, but conferring automatic guardianship rights on all fathers would make it even better. 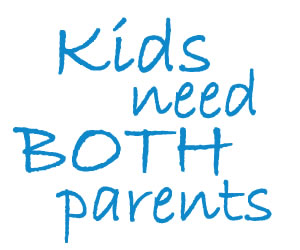